Water born enteric viruses pose thread to both human and animal life causing a wide range of illness. Ground water is the commonest transmission route for these viruses. About 50% of ground water related outbreaks are attributed to viruses. Viral infections have a long history of association with drinking water supplies. Evidence of water-borne transmission is predominantly based on epidemiological data. Water-borne disease transmission has only in exceptional cases been confirmed by direct detection of viruses in drinking water supplies. Water, a frequent vehicle, may permit their survival, but many environmental factors will have an adverse effect on the viral pollution. Risk evaluation requires identification of these factor and assessment of inactivation rate of infection viruses.

The transmission of pathogens occurs through various means, which are not limited to direct person-to- person contagion. Pathogens, including viruses, are able to person spread and be transmitted by environmental routes.1 Virtually all forms of water are concerned by viral contamination surface freshwater such as lakes and rivers groundwater, estuary and marine water or even ice.2 In the USA, 72% of ground water sites have been found to be positive for the presence of enteric virus.3

The viral infection means establishment of parasitism of virus in a host, where a viral disease is an infection with over symptoms and signs. Hence, a viral disease, may be recognized while a viral infection without will not, unless the host is examined for the presence of viruses.4 Drinking water supplies have a long history of association with a wide septum of a viral infection. Evidence of water born transmission is predominantly based on epidemiological data.5 A wide variety of enteric viruses have been implicated in the deltiology of diarrhea. Water born viruses are responsible for several outbreaks of gastro enteric, neurological disease and paralysis among others.6

A total of 411 sample of drinking water collected at regular intervals over a period of two years were analyzed. The supplies were derived from acceptable quality surface water sources using treatment processes which conform to international specification for the production of safe drinking water. Disinfection was by chlorination based on corresponding specification for concentration levels and condition of application. Glass wool filter were used for the on-site and in-line recovery of viruses form 100 to 1000 liter volumes of water.7

Viruses eluted form the glass wool were inoculated into combination of cell cultures including the BGM monkey kidney,PLC/PRE/S human liver and coca-2 human colon carcinoma cell lines ,as well as primary verve monkey kidney cell. The purpose of cell culture inoculation was to isolate cytopathogenic viruses, to amplify the nucleic acid of non-cytopathogenic viruses, and to confirmed viability of viruses. After two passages cell cultures were homogenized and analyzed by PT-PCR for a variety of enteric viruses. Corresponding samples of water were analyzed for microbial indicators of water quality using internationally accepted techniques and principles.8

Although any human viruses excreted in farces are theoretically transmissible by water, the viruses that deserve consideration are limited to those that grow in the intestinal wall and are discharged in large number in the farces. This criterion restricts as to the enteric group which comprise the enter viruses (polio viruses, coxsackieviruses, and echoviruses), infectious hepatitis (IH) viruses, the adenoviruses, and the causes respiratory and infection and will not be considered here.4

A viral infection means establishment of parasitism of a virus in a host, whereas a viral disease may be recognized while a viral infection without symptoms will not, unless the host is examined for the presences of virus. By the same to ken, an outbreak of a viral disease can be recognized without difficultly, while an escape attention if it involves a small number of clinical cases. This differentiation is important because both the TH virus and polioviruses are much more likely to cause unrecognizable infection that clinical disease in a general population for instance, the number of subclinical cases in the Delhi epidemic of infection hepatitis was modestly estimated at about 10 times the number of clinical causes.9 Only 1%-2% of polio-virus infection in an epidemic could be diagnosed on clinical grounds, while 4%-8% were considerably less numbers endemic condition.10 Viruses are the most abundant micro-organisms and the earth.11 It has been suggested that more than 150 types of enteric viruses are excreted in women feces and may be present in contaminated water.12 Enteric viruses are usually transmitted to women by oral injection.

Water-born viral infection can be fatal to sensitive population such as children, the elderly, and the immune-compromised. Water-borne disease statistics reflect a growing globule burned of infection disease from contaminated drinking water. Injection of surface water during recreation activity is also a common exposure pathway to viruses and other pathway. Viruses are contaminant of concern that may be regulated in the future, a indicate by their presence of water EPA’S contaminant candidate lists (CCL) 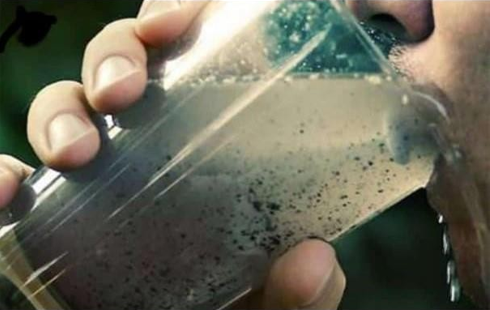 While cases of water borne diseases may occur throughout the year, a seasonal increase in noted in the summer, monsoon and post-monsoon period the risk of large outbreaks of water- born and water related diseases increase following heavy rains.

Water borne diseases are considered to be of public health importance for the following reasons:

Viral hepatitis A and E are water borne; Hepatitis viruses B, C, D and possibly G are transmitted by the parental route and are not transmitted through contaminated water.

While sporadic cases of hepatitis E are reported throughout the year, epidemics occur as a result of contamination of piped water supply. Almost all outbreak of viral hepatitis in India are due to hepatitis E virus. Occasional outbreaks of hepatitis A, which is also water borne, may also occur. However, these are relatively rare, as by age five most individuals develop immunity through natural infection. Infection in young children is generally mild.

diarrheal disease is usually less harmful to adults than to children, it can also affect a country's economy by reducing work hours.

The testing of both the raw and finished water of municipal supplies for the presence of viruses is highly desirable to provide factual information on the efficiency of the treatment as well as on the role of water in the transmission of enteric viral infections. It should be carried out whenever and wherever possible, once a standard method for virus detection has been worke d out. Even when a method has been developed, there is still a long way to go before an enter virus index can be developed for use in water treatment practice to protect the public against enter viral diseases, particularly infectious hepatitis. Until a virus detection method and an enter virus index are developed, circumstantial evidence has to be used to ascertain the role of the water supply system in transmitting viral infections in a community. If polluted raw water is used and if cases of diseases, i.e., infectious hepatitis, occur without a known mode of transmission, the water-treatment processes should be examined. If the adequacy of the treatment processes is questionable, steps should be taken to ensure the safety of the finished water. A fair amount of information is available on the efficiency of various treatment processes in the removal and destruction of enter viruses, but little is known in relation to the IH virus. However, general guidelines can be laid down for the latter in the light of t he more complete information on the former. The information available on virus survival and the relative efficiencies of various treatment processes in destroying or removing enteric viruses is presented here in a very condensed manner.

Occurrence of human pathogenic viruses in environmental waters (i.e., surface waters, groundwater, drinking water, recreational Water, and wastewater) raises concerns regarding the possibility of Human exposure and waterborne infections. Commonly observed Waterborne viruses include adenoviruses, enteroviruses, noroviruses, and rotaviruses. Much attention has been given recently to Human adenoviruses because related health implications that range From diarrhea to death.

Viruses are the smallest of all microorganisms, and their size. Facilitates transport in environmental media. In addition, viruses. Have very low die-off rates and low infectivity doses, increasing Concern over outbreaks of disease related to waterborne or sludge Related virus exposures. The ability to detect waterborne viruses Effectively is the basis for microbial risk assessment and management of water resources for the protection of public health. However, precise detection, quantification, and infectivity determination For viruses remain challenging.