Editor in Chief, Current Trends in Pharmacy and Pharmaceutical

Gene therapy is used to correct defective genes in order to cure a disease or help your body better fight disease. Gene therapy is the introduction, removal or change in genetic material specifically DNA or RNA into the cells of a patient to treat a specific disease. Disease is caused to mutation. Genes influence all from the color of our hair to immune system, but genes are not built correctly. Targets of the gene therapy causing diseases. Gene therapy uses section of DNA 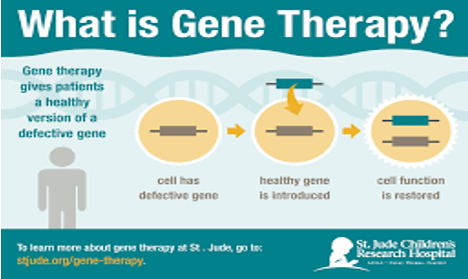 In 1971, a key scientific trial exposed that DNA could exist injected into human cells an injected DNA in those cell which occur biological problem. (Merril, 1971), In human fibroblast cells was absent when the injected DNA restored enzyme activity. These cells had been extracted from patients distress from a disease known as galactosemia. It is essential to note that these cells were growing in a dish when they were treated with external DNA. In fact, it is much easier to control the genetics of human cells when the cells have been removed from a human body.2

In 1972, a formal suggestion to use gene therapy as a means to treat human genetic disease was first put forth in this science article. motivated by the 1971 results, the authors, Friedmann and Roblin, declared that ‘gene therapy may improve some human genetic diseases in the future’. The authors also articulated their hope that gene therapy is used only in humans for treatment of disease instances of where it prove beneficial and will not be ‘misused through untimely application’. In the 1980s. scientists such as Martin Cline and French Anderson, were learned that how to use viruses to convey DNA into human or mouse cells. firstly the cells were genetically modified in vitro (growing in a dish outside a live human). In 1990 report from NCI in Bethesda, scientists removed white blood cells from patients with highly developed melanoma. In a laboratory, researches adapted the genetics of the white blood cells. A retrovirus was working to insert a gene known as interleukin-2. To conclude, these genetically altered cells were infused back into the exist patients.

How is DNA transfer done?

A part of DNA/gene containing instructions for making a helpful protein is packaged inside a vector, typically a virus, bacterium or plasmid. In patient with genetic disease or disorder the vector acts as and commonly used vehicle to bring the new DNA into the cells of human body. For the treatment of patients genetic disease the DNA/gene is expressed by the cells normal machinery lead to production of therapeutic protein when once inside the cells of the patient.

How does gene therapy work?

There is most common method in Gene therapy which involves put or place a therapeutic gene in genome for replacement of abnormal disease causing gene. This fitted gene is dispatched in target cell by a vector. Generally this vector is virus. Viruses are good way for instigate gene into a cells because they are typically operated by transferring them own material during reproducing or replicating themselves. Target cells are contaminated with viral vector these vector releases its therapeutic gene which are absorbed into cell DNA. The aim is the cell will begin using the new gene to make useful, healthy proteins. 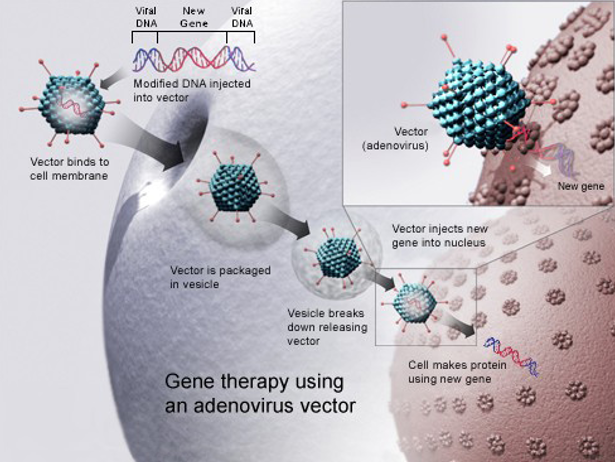 Strategies for using gene therapy to restore the target cells

From the birth of human being the entire or part of a gene is defective or absent or a gene can change for the period of mature life. These changes can interrupt how proteins are made which also can give or contribute various health related problems or diseases.

In gene therapy scientists can substitute a gene that causes various medical problem. The body to fight or prevent a disease with one that does not addition of gene. The genes that are causing health related problems are closed.

The insertion of genes straight into cells of human body the scientists commonly use a vehicle known as vector which is genetically made or discover to bring the gene. To convey genetic material into cells viruses has natural capability and commonly used vehicle as vectors. The therapeutic genes are changed to eliminate capability of infectious disease before virus can be used to convey gene into human cells.

The any cells of the body part that does not produce sperm or eggs. And transmission of required part of DNA to affected cell. With the help of somatic gene therapy the effect of gene therapy will not passed by mother to child.

The cells that produces eggs or sperm transmission of particular part of DNA to cells of human body. The effect of germline gene therapy will passed into the mother to child and upto next or second generation.

Gene augmentation therapy is commonly used for treatment of disease or disorder occurred by a mutation that stops a gene from producing a running product such as protein.

Addition of this therapy DNA contain functioning product of the missing gene back into the cell of body.

If the results of the genetic disease are varying and in case haven’t consequence in permanent injury to human body. When this gene therapy is work successful.

This is useful for treatment for achieve knock down effects against cancer like diseases and for demolish certain group of cells. The plan of insertion or to fit DNA into diseased cell that causes that cell to expire. This can be attained in one of two ways. The inserted DNA accommodates a suicide gene which produces highly toxic product which can kills the diseased cells.4 The inserted DNA causes articulation of a protein which blemish the cells are streaked by natural immune system of body. It is indispensible method i.e insertion of DNA is targeted properly to keep away the death of cell which are functioning normally. 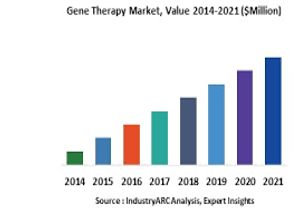 Gene therapy have a few probable risks. A gene cannot without difficulty inserted directly into human cells. moderately, it frequently have to be delivered with a carrier, known as a vector.

The mainly gene therapy vectors are viruses because they can identify certain cells and bring genetic material into the cells’ genes. Researchers eliminate the original disease-causing genes from the viruses, replacing them with the genes required to stop disease.

Human body’s immune system might see the recently introduced viruses as intruders and attack them. This can cause swelling and, in severe cases, damage or failure organ.

Because viruses can influence more than one type of cells, it’s probable that the altered viruses can infect further cells-not just the under attack cells containing mutated genes. If in case this happens, healthy cells can be injured, causing other sickness or diseases, such as cancer or tumor.

Infection caused by the virus

It is probable that once introduced into the body, the viruses may improve their original capability to cause various infectious disease.

Possibility of causing a tumor formation

When the gene are inserted in the incorrect place in human DNA to treat disease the chances are occur and may be lead to tumor or cancer formation.