Editor in Chief, Current Trends in Pharmacy and Pharmaceutical

Niosome are non-ionic surfactant vesicles. These are obtained by hydrating combination of cholesterol and non-ionic surfactants. It is used as carrier for amphiphilic and lipophilic medicine. Niosomes are identity assemble vesicles collected largely of artificial surfactants and cholesterol. Drug delivery potential of niosomes can be enhanced in use of novel drug delivery concepts similar to proniosomes, discomes and aspasomes. By reducing the clearance the rate of noisomes they provide better help in analytic imaging and as a vaccine adjuvant. As well as they supply better support in analytic imaging and as a vaccine adjuvant. This short communication reviews the niosomes.

For various decades, medication of an severe disease or a chronic sickness have been capable by delivering drugs to the patients passing through diverse pharmaceutical quantity forms like tablets, capsules, pills, creams, ointments, liquids, aerosol, injectables and suppositories as carrier. To achieve and then to maintain the absorption of medicine administered surrounded by the therapeutically useful collection essential for medication, it is often essential to obtain this type of drug delivery systems.2

The concept targeted drug delivery is intended for attempting to focus the drug in the tissues of while reducing the qualified concentration of the medication in the outstanding tissues. As a result, drug is confined to a small area on the targeted site.3

Niosomes are encapsulated in vehicles. The active agent surfactant is composed non-ionic bilayer. It is very important system in vascular structure of escapsulated drug, and reduce the toxicity. It is the different type of preparation of method. Niosomes are Structurally related to liposomes and also are equiactive in drug delivery future but high chemical strength make niosomes advanced than liposomes. Equally consist of bilayer, which is ended in non-ionic surfactant in the folder of niosomes and phospholipids in case of liposomes. Niosomes are atomic lamellar structure of size range between 10 to 1000 nm and consists of environmental, non-immunogenic and biocompatible surfactants.4 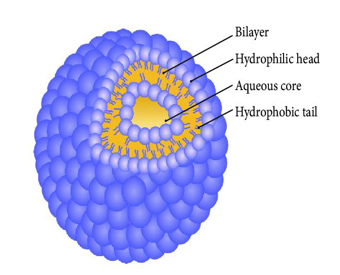 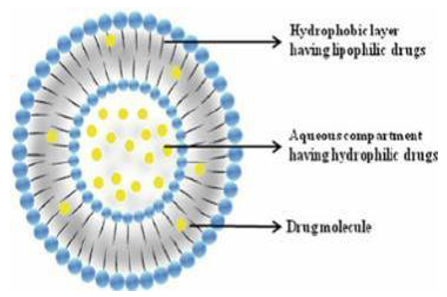 The vascular system is similar to liposome that can be used as carriers of amphiphilic and lipophilic drug. The action of les is improve the toxic drug in restricting by the cell.

For the readiness of niosomes, two major components are utilised that is cholesterol and non-ionic surfactant. The following instrument is used for the preparation of niososmes.9, 10, 11 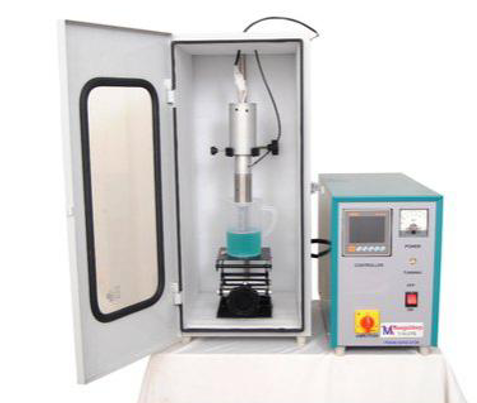 Nonionic surfactant based on novel drug delivery systems is from self assembly of nonionic amphiphiles in aqueous media. The characterization of a niosomal formulation of the glucose-derivative N-palmitoylglucosamine are

Niosomes is studied as an substitute to liposomes. Niosomal drug delivery system is one of the examples in the great progression in drug delivery technology. The idea of drug inclusion in the niosomes and target to the niosomes. The exact site is commonly accepted by researchers and academicians. Advantages in excess of the liposomes make it a recovered targeting agent, to the area of achievement for healthier efficiency.